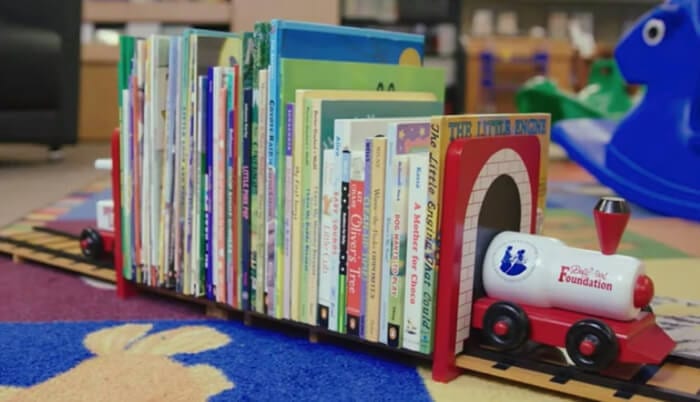 Dolly Parton’s Imagination Library sends free books to children ages 0 through 5 in the United States and around the world. Regardless of family income or home address, any child in the U.S. can qualify for the Imagination Library. Families who sign up receive one free book per month in the mail until the child starts kindergarten. In other words, if a child is signed up for DPIL at birth, they will receive 60 children’s books by the time they age out of the program at 6 years old. The final book children receive at age 5 from the Library is called “Look Out Kindergarten, Here I Come!” (Source)

A diverse panel of teachers, authors, and child literacy specialists determine the Library’s book lists each year. Every age group receives the same books, with about 25% of the books shifting out yearly to allow for new titles and themes. When first signing up with the organization, every child receives the same book: “The Little Engine That Could.”

As children near the end of the reading program, kindergarten is just on their horizon, which can be especially frightening for little ones who did not attend preschool first. Fittingly, the last book kids receive from the Imagination Library is called “Look Out Kindergarten, Here I Come.”

When Parton established the organization in 1995, its first book order tallied just 1,760 books. However, in February 2021 alone, Dolly Parton’s Imagination Library sent more than 1.7 million free books to children in the U.S. and throughout the world.

Ensuring access is a critical component of the Library’s mission. Having access to quality reading material for young children can be difficult, particularly for families who live in less-populous regions of the country with few major stores. But whether kids live in rural or urban areas, the Library will send monthly books to their home address. For example, Dolly Parton’s Imagination Library mailed books to Native American preschoolers across 90 indigenous communities in 2002 through partnerships with United Way.

In further expanding access, the Imagination Library partnered with the American Printing House for the Blind and Penguin Group in 2011 to provide a growing list of books in audiobook and braille versions. These books allow children with limited vision and blindness conditions to enjoy and learn from the same books as other kids their age. 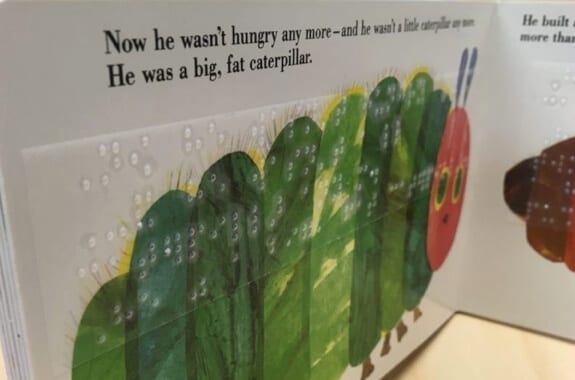 “We felt that it was important for audio and braille because there are so many children out there that are so different,” Parton said in a 2018 interview. “Everyone is not the same, so accept each other as how we are and who we are.”

When the coronavirus pandemic hit in 2020, Parton began reading different children’s books aloud on the Imagination Library’s YouTube channel. She reads from a range of books, such as “Violet the Pilot,” “Last Stop on Market Street,” “Llama Llama Red Pajama,” and more.

Another critical part of Dolly Parton’s Imagination Library is celebrating a diversity of cultures, ideas, and backgrounds. In each age group, for example, two of the year’s 12 books are bilingual in Spanish. These children’s books help surface different ethnicities, cultures, and languages to children who may never have had previous exposure. To aid with the material, many books contain a list of discussion questions that parents or caregivers can dive into with their child.

When first establishing the Imagination Library back in 1995, Parton’s goal was simple. She wanted to send books to children in her local community in Sevier County, Tennessee.

“We had just started this as something to do in my home county, here in Sevier County,” Parton said in a documentary about DPIL. “We thought well maybe, if we’re lucky, it might go a couple of counties over.” 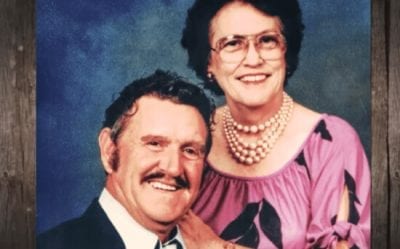 But in addition to improving childhood literacy and jumpstarting a love of reading, Parton had another reason for starting the Library: her father. Robert Lee Parton was illiterate, meaning he could not read or write.

“A lot of young people didn’t get a chance to go to school because they had to go to the fields and help feed the family,” Dolly Parton said. “They had to work around the farm. And my dad was one of those.”

“But I also saw how smart my Daddy was,” she continued. “When we got ready to put this program together, I thought well I’m going to get Daddy involved in this because it was really a thing that came from the heart to have something like this for people just like my dad.”

Robert Lee Parton remained actively involved in helping the Imagination Library expand its reach until his death in 2000. 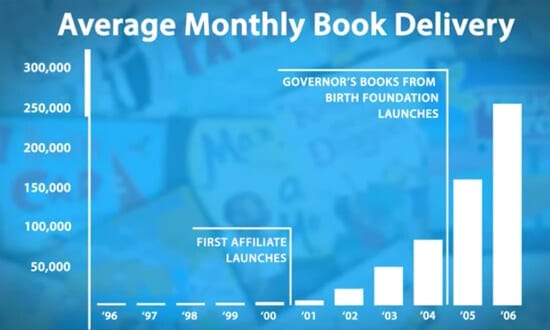 A graph of average monthly book deliveries by Imagination Library, from 1996 to 2006. (Source)

In 2001, the Library operated in 11 states. That same year, it mailed nearly 30,000 books to kids by utilizing partnerships with United Way organizations. Two years later, the Imagination Library celebrated its 1,000,000 free book mailed to a child.

By 2007, the Imagination Library became available in Canada and the United Kingdom, expanding to Australia in 2013. The following year, the Library received a Best Practices Award from the Library Of Congress Literacy Awards.

Dolly Parton returned to Washington, D.C. to commemorate the Library’s 100 millionth book in 2018. As part of the event, she donated one of her children’s books, “Coat of Many Colors,” to the Library of Congress’ permanent collection.

In an interview at the LoC, she spoke about the children who write letters to her: “Well it makes me feel good to hear all the little stories from all the kids that I—they say—that I’ve touched,” she said. “The fact that we have kids who are in college now, or kids that have married and have little kids of their own now? It’s really amazing to get a letter from somebody like that.”

More stories: The Triumphs of Edward Gardner at 1928 Bunion Derby 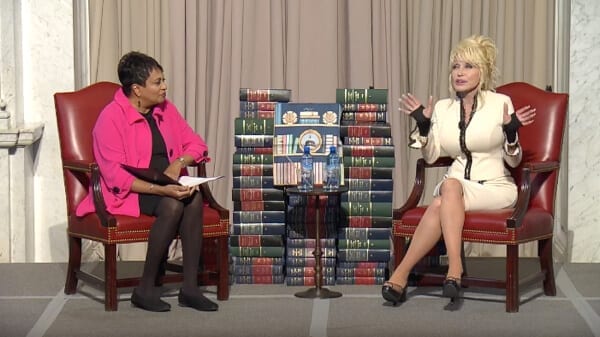 Dolly Parton speaks about the program’s 100 millionth book delivery while visiting the Library of Congress in 2018. (Source)

To sign up your child with the Imagination Library program, you must first check availability in your zip code and county. Local sponsors, known as Local Champions, must be available in your area. Examples of Local Champions include individuals, school districts, local libraries, businesses, organizations, and more.

Interested in becoming a Local Champion with the Imagination Library? Learn more about how to support the DPIL in the U.S. here. In addition to the United States, the program is available in the United Kingdom, the Republic of Ireland, Australia, and Canada.

In February 2021, Dolly Parton’s Imagination Library sent over 1.7 million books to young children for a grand total of 154,142,135 books mailed since the organization’s inception. And its reach continues to grow. In February alone:

In the 2020 documentary called “The Library That Dolly Built,” Parton got right to the heart of the matter in the way only she does best.

“Everyday I pray that I could do something to uplift mankind and to glorify God. And so I think through the work that I do, that’s my whole mission in life. Whether it’s the Imagination Library, which I’m as proud of as anything I’ve ever done, or whether it’s songs I write, or whether it’s shows I do, I want to make people feel good about themselves, and just feel good, period,” Parton said. 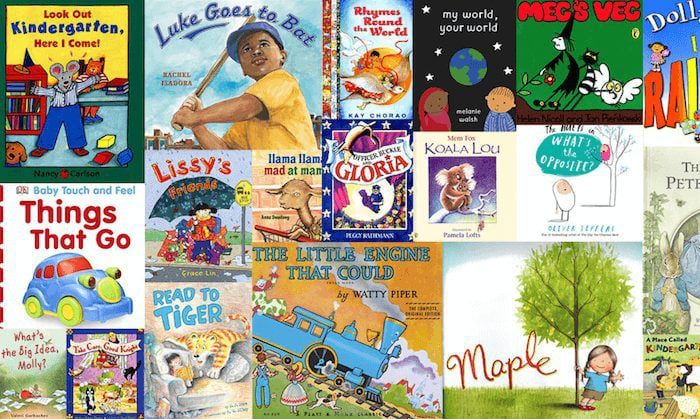 Examples of free children’s books delivered by Dolly Parton’s Imagination Library to kids across the country and around the world. (Source)