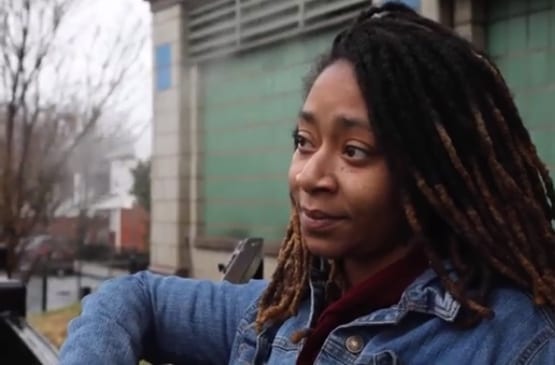 Tiffany Taylor outsmarted and escaped from a New Jersey serial killer, Khalil Wheeler-Weaver, who murdered two women before targeting her

Having grown up in public housing in Jersey City, Tiffany Taylor saw more than her fair share of violence, drugs, and abuse. As a teenager, she says she witnessed the murders of multiple people, including two of her boyfriends. At age 18, Taylor attended college in Orlando, studying music and psychology. Two years into her schooling, she moved back to New Jersey when she became pregnant. After struggling for some years to find a steady job, Taylor became a sex worker.

Tiffany Taylor met Khalil Wheeler-Weaver through a mutual friend in 2016. He was only 20 years old, about a decade younger than Taylor. Along with her best friend, they played video games and hung out at his house. In an interview with NorthJersey.com, she said that Wheeler-Weaver “seemed fun.”

Around this time, Taylor began to rob the johns she met for sex. She said that she was tired of constantly being treated like an object by the men she knew, so she would take their money and leave. Additionally, as a Jehovah’s Witness, Taylor would not have sex with a married man, but she would rob him if the opportunity rose.

Wheeler-Weaver began to ask and beg Taylor for sex, but she always refused. She said he was too young and she didn’t want to get involved with him. The incessant texts and calls kept coming, however, and Taylor eventually agreed. Unknown to Wheeler-Weaver, her plan was to simply rob him and leave. In April 2016, Taylor went to his house. He paid her $200, and she walked into his childhood bedroom. But Taylor then said she left something in her car and went back down to retrieve it.

She never returned and drove away.

Taylor Receives Texts From a Stranger

About six months later, Tiffany Taylor began to receive texts from a number she didn’t know. She was pregnant with a second child and working odd jobs for a friend at the Ritz Motel to make ends meet. The man on the other line continued begging for sex, but Taylor said no and changed phones to get away from him. The stranger found her new number and continued to text her often. Eventually, Taylor agreed to meet at the motel.

The stranger was wearing a ski mask, black gloves, and a large sweatshirt. Since the weather was chilly outside, Taylor says she didn’t think his clothes were strange. She drove the two of them away in a friend’s car until the stranger asked that she pull over. Taylor did, and immediately lost consciousness from a blow to the back of the head.

When Taylor woke up, she was handcuffed in the back of the car and in a chokehold as the stranger sexually assaulted her. He had wrapped her head in duct tape, further restricting her breathing. He took off his ski mask and revealed himself as Khalil Wheeler-Weaver. Taylor screamed and begged for her life, telling Wheeler-Weaver that she’s pregnant. He responded with, “I know,” and Taylor says she knew for sure at that moment he was going to kill her.

But Taylor’s hard life taught her to think quickly and hatch a plan to get out of dangerous situations. Through tears, she begged for Wheeler-Weaver to loosen the handcuffs a little bit. When he agreed to do it, Taylor realized that she could outsmart him. So, she started talking.

She reminded him that their entire conversation was stored on her phone, and that it was back at the Ritz Motel. Taylor said all that information would connect him to her murder. Suddenly frightened by the prospect, Khalil Wheeler-Weaver stopped and jumped in the front seat. He started the car, but not before self-victimizing, saying, “Nobody likes me. Why do I have to pay for a girl to show me attention?”

Heading back to the motel, Taylor slipped her double-jointed hand out of the handcuffs, debating if she should wrap them around his neck, likely killing them both in a crash. But when they arrived back at the motel, she changed course. Wheeler-Weaver ripped the duct tape from her face and they walked to her room, Taylor still wearing the handcuffs she knew she could release herself from. 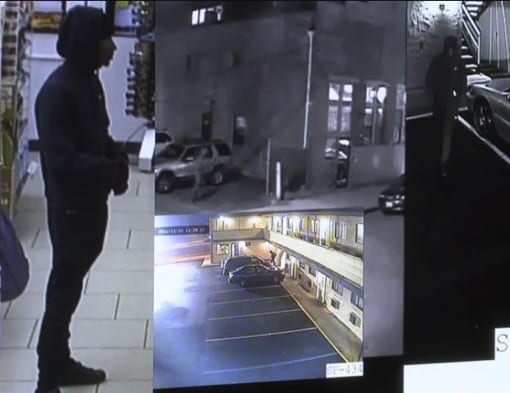 They made it to her motel room, and she kicked the door. Her friend opened it immediately, and Taylor ran inside, slamming the door behind her. The deadbolt automatically activated and locked Wheeler-Weaver out. Taylor then pushed aside the curtains facing the outside hallway to show him that she escaped her handcuffs. He ran from the scene.

Finally safe, Tiffany Taylor survived Khalil Wheeler-Weaver’s attempted killing and had proof of the attack. But she wasn’t quite done with him yet.

Taylor then texted Wheeler-Weaver a few minutes later, saying that she wouldn’t call the police if he returned the car keys. That was a lie, as she already called the police. Surprisingly, Wheeler-Weaver did indeed come back, dropped the keys on some stairs in front of the building’s security cameras, and ran.

Elizabeth police officers entered the motel, and Taylor told them everything. How Wheeler-Weaver had sexually assaulted, kidnapped, and tried to kill her. She told them his name, showed them her phone with proof of the meeting, and her handcuffs.

But the cops couldn’t be bothered and instead threatened to arrest her for prostitution. The police even refused to remove the handcuffs that still dangled from her right hand for an hour. Despite all the evidence Tiffany Taylor presented to Elizabeth police, they did not believe her. She later said the officers treated her like trash.

Despite it all, Tiffany Taylor wasn’t through trying to get justice. She bypassed the police entirely and went straight to the Essex County prosecutor.

More stories: How Kara Robinson Outsmarted A Serial Killer & Escaped With Her Life 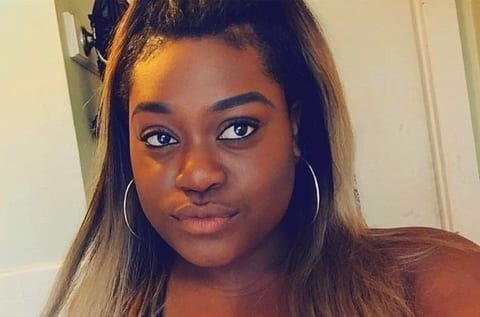 When Butler went missing, the women in her life quickly began to investigate. Her friend and sister called the police and helped them search for Butler’s car. They found it a few miles from her home. Her sister, Bassania Daley, found Butler’s red weave on the scene before the cops did.

Daley and two friends, LaMia Brown and Samantha Rivera, drove to Butler’s home to see what they could find out on their own. They opened Butler’s laptop and found she was talking with someone named “LilYachtRock” online. His photo and name appeared to be fake, and Rivera decided to reach out to him on her own profile. Incredibly, while they were back in the police station, Wheeler-Weaver sent her a message about paying for sex. Rivera agreed to meet him at a restaurant, and police sent two detectives in her place. Wheeler-Weaver met with police and gave his real name, but the cops ultimately decided to let him go.

However, due to the work by Butler’s family and friends to find her, police decided to follow the trail. Some days later, they found Sarah Butler’s body on the Eagle Rock Reservation. She had been strangled to death. Some more days passed, and Khalil Wheeler-Weaver was finally taken into police custody, where he remained until trial.

As the lone survivor of Wheeler-Weaver’s attacks, Tiffany Taylor provided crucial testimony that cohesively strung together his method of killing women: the texts about paying for sex, duct tape around the head, attacks in victim’s cars, the attempted strangulation, and more. She provided every bit of information she could about what happened that night, speaking for a full day in court about what she experienced and how she survived this serial killer. Taylor also testified about the failures of the Elizabeth Police Department, saying that if the police had believed her, Sarah Butler would still be alive. 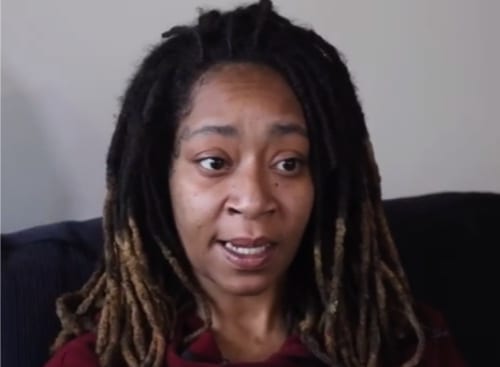 Tiffany Taylor speaks in an interview with NorthJersey.com about the attack and ensuing trial. (Source)

In December 2019, Khalil Wheeler-Weaver was found guilty of multiple felonies, including murder and kidnapping. On October 6, 2021, Weaver was sentenced to 160 years in prison. Taylor spoke at the sentencing, and told the judge, “I hope you don’t show him any remorse, because he’s not showing any remorse.”

Because of the investigations done by Sarah Butler’s loved ones, and Taylor’s thorough and gut-wrenching testimony in court, a serial killer was caught and prosecuted for his crimes. Khalil Wheeler-Weaver’s killing spree showed no signs of slowing, and who knows how long it would be before police would investigate, or even notice the disappearances of Black women in lower-income neighborhoods. Taylor’s experience of police not believing her sexual assault and attempted murder is an experience all-too common for many women, especially for sex workers, and particularly for sex workers of color.

But neither Taylor nor Butler’s loved ones accepted police inaction, and they kept fighting to ensure that a serial killer was finally stopped. These women achieved justice in a system that usually refuses to acknowledge these women’s lives matter, and that they deserve justice, too.

The sources from this post came from the incredible reporting at NorthJersey.com.

More stories: How Abby Hernandez Convinced Her Kidnapper To Let Her Go