The Legend Of Sadie The Goat in New York City 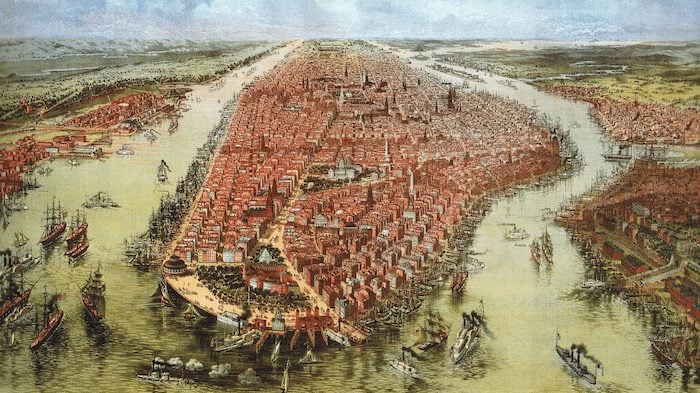 New York waterfront that Sadie the Goat and her marauding pirate crew frequently pillaged in the 1860s. (Source)

Sadie the Goat was known as a fierce river pirate in the late 1860s who terrorized unsuspecting sailors as well as those living along the Hudson River. However, the only source that makes mention of her swash-buckling adventures is Herbert Asbury’s 1928 book, “The Gangs of New York.” Unlike other contemporaries, such as Gallus Mag and Hell-Cat Maggie, Sadie the Goat was probably not a real person, but rather a long-standing American folklore that continues to this day. 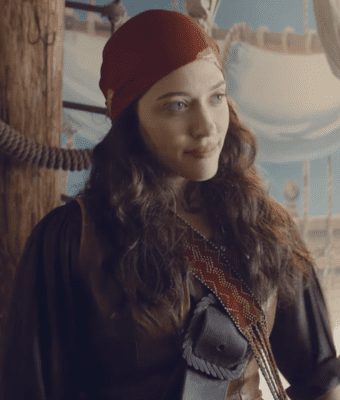 Kat Denning portrays Sadie the Goat in an episode of “Drunk History.” (Source)

In the mid to late 19th century, gangs composed of mostly European immigrants controlled the slums of New York City. Impoverished conditions, cramped living arrangements, rampant disease, and lack of access to good jobs allowed gangs like the Bowery Boys, Dead Rabbits and more to flourish in neighborhoods like the Fourth Ward and on the riverfront along the Hudson River.

According to Asbury, Sadie the Goat was an Irish-American woman raised in the Fourth Ward. Born as Sadie Farrell, she received her nickname from her rather unusual way of robbing men. Along with a male companion, she would strike up a conversation with a mark, throw him off his guard, and suddenly headbutt him. Her male companion would then knock out the stunned victim, and they relieve the man of his possessions.

Sadie The Goat And Gallus Mag 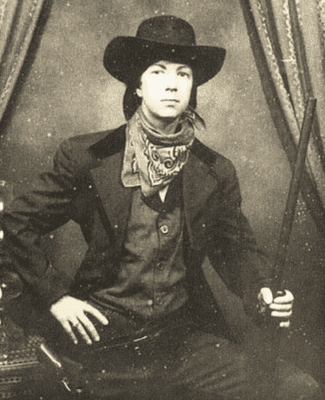 Despite Sadie’s successes in the tough conditions of the Fourth Ward, she met a formidable foe in Gallus Mag. Gallus Mag was a six-foot-tall bouncer who worked at a popular bar for gang members called Hole-In-The-Wall. Legend holds that Sadie the Goat and Gallus Mag had a disagreement that soon escalated into a brutal fight at the bar.

In the brawl, Gallus Mag bit off Sadie’s ear completely, which ended the fight in bloody fashion. Sadie fled, and Gallus Mag placed the ear in a jar she kept behind the bar as a warning sign to rowdy patrons.

After her brutal loss, Sadie the Goat stopped fighting and looked for a new scheme. She soon found the Charlton Street Gang, who could use a new leader.

The Charlton Street Gang was a small operation along the riverfront that struggled to become profitable. Headquartered at a gin mill on Charlton Street, the gang had recently turned to river piracy when Sadie the Goat arrived on the scene. She joined the gang in spring 1869 and quickly made a name for herself as a highly successful river pirate.

According to “The Gangs of New York,” Sadie took command and boosted the gang’s profits by pillaging boats and robbing farmhouses along the riverfront. Under her leadership, the Charlton Street Gang stole a larger sloop and flew the Jolly Roger flag, striking fear into anyone unlucky enough to cross their path. 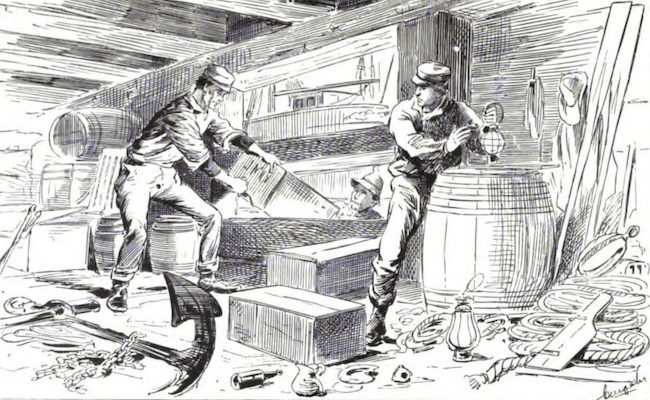 The Charlton Street Gang loots a ship’s cargo under the command of Sadie the Goat. (Source)

The gang patrolled the Hudson and Harlem rivers, threatening those on the waterfront and occasionally taking wealthy hostages for ransom. For many months, the gang was immensely profitable. And legend holds that Sadie the Goat operated her ship with an iron fist, making some in her crew literally walk the plank.

However, the gang eventually became too violent, and killed several of their victims. Those who lived along the waterfront had enough of these river pirates and banded together to put an end to the violence. They ambushed the Charlton Street Gang and killed some members with musket fire. In the aftermath, Sadie took her share of the loot and disbanded the gang.

Sadie The Goat Returns To The Fourth Ward

After her days of river piracy were over, Sadie made her way back to her old neighborhood, the Fourth Ward. According to Asbury, she met with Gallus Mag once again and made peace with her rival. It’s believed that Gallus Mag returned her ear to its rightful owner and declared Sadie the Goat the “Queen of the Waterfront.”

It should be noted that unlike other contemporary women of the era, like Gallus Mag and Hell-Cat Maggie, the only source that mentions Sadie the Goat by name is Asbury’s novel. Because of the lack of sources, Sadie is viewed as an American folklore, and was probably not a real person. However, the story of Sadie the Goat and her days as a fearsome pirate remains the stuff of legend.