How Mary Vincent Survived Lawrence Singleton’s Attack As A Teenager 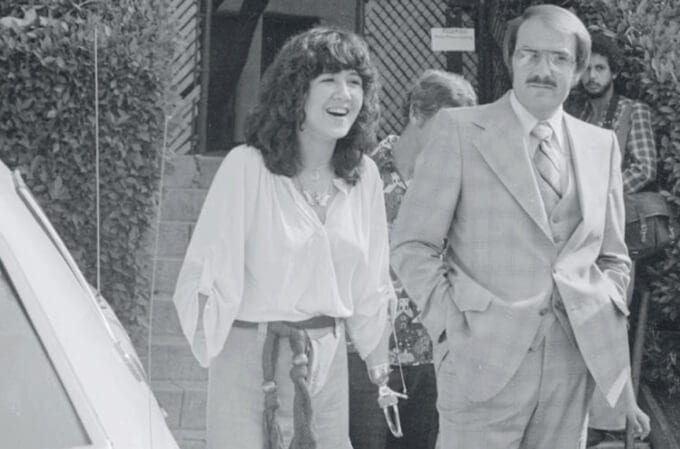 Mary Vincent speaks at a press conference in Los Angeles on November 9, 1978. She implored other teenagers to not hitchhike around town after surviving a murder attempt by Lawrence Singleton. (Source)

Mary Vincent’s survival after Lawrence Singleton attempted to murder the teen is a story of horror, cruelty, and healing 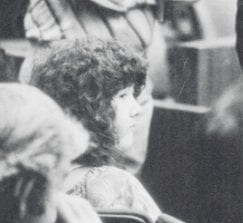 Mary Vincent was just 15 years old when she fought for her life after a savage attack from serial predator Lawrence Singleton who cut off both her arms before leaving her for dead. Despite the horrific nature of his crimes, Singleton received a lenient prison sentence and was released after less than a decade of incarceration. After his premature release, he killed a young woman named Roxanne Hayes. However, the story of what happened to Mary Vincent is one of triumph and hope in the face of terrible cruelty.

Lawrence Singleton Attacks Mary Vincent After Offering Her a Ride

Mary Vincent was just like any other teenager in 1978. She danced competitively and dreamt of traveling the world as a performer. And like many teenagers, she was dealing with the fallout from her parents’ divorce at the time of the attack. Deciding to spend the night at her grandfather’s house instead of her parents’ home in Berkeley, CA, Vincent sought a ride from a friendly stranger. Odd as it may seem today, hitchhiking was commonplace for many young people in the 1970s. Hitching a ride from a passing car was an effective method of getting around town, especially for teenagers without a vehicle of their own. 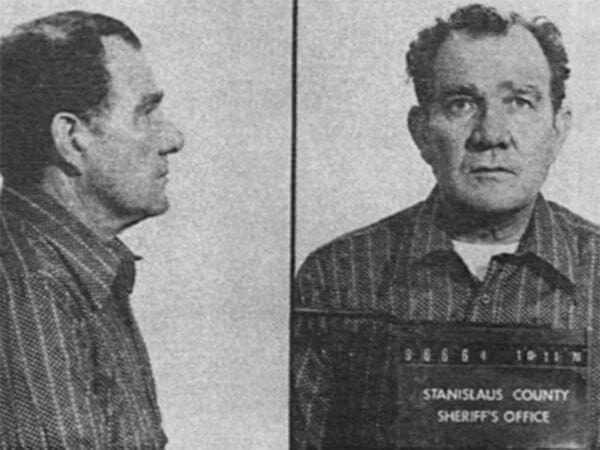 Vincent stood on the side of the road with two other hitchhikers on September 29, 1978, when 50-year-old Lawrence Singleton pulled his van over. When the young hitchhikers asked for a ride, Singleton told them he had room in his empty van for just one passenger. Exhausted and overwhelmed, Mary Vincent acted against her instincts and climbed into his vehicle.

During the ride, Singleton knocked her out with a sledgehammer and drove them to a deserted area. He tied her up and sexually assaulted her throughout the night. But the horrific extent of his cruelty showed itself the following morning.

The next day, Lawrence Singleton dragged Mary Vincent out of his van while holding a hatchet. He cut off her arms near the elbow in an apparent attempt to prevent her body from being identified. Conscious, but in shock and losing massive amounts of blood, Vincent went limp. 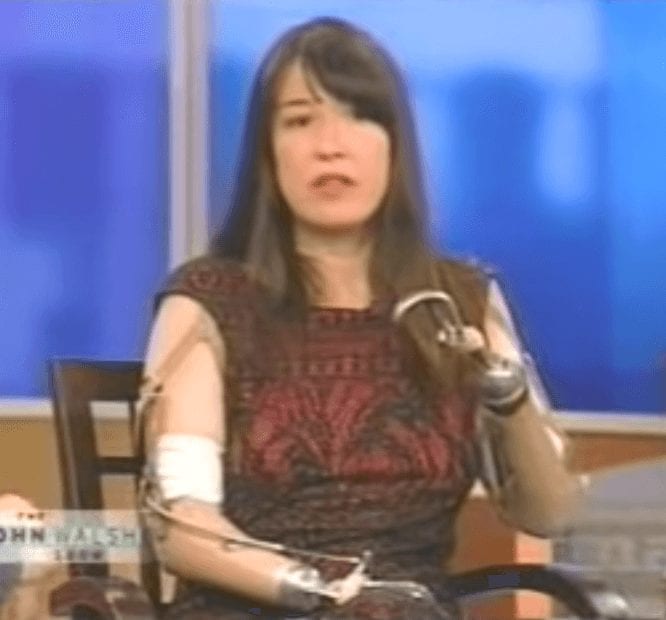 Mary Vincent speaks with John Walsh about the attack and her healing process on his television show. (Source)

As an adult appearing in the show, “I Survived…”, Mary Vincent explains what went through her mind the moment of the hatchet attack that took both her arms:

“He took my left arm and took one swing. And I started to fall, and then he took another swing, and I grabbed his arm, grabbed it real tight, and I couldn’t figure out, holding him, real tight on his arm, but I’m still falling.”

Believing she was dead, Singleton threw her body off a cliff. Vincent landed 30 feet below in a concrete culvert off Interstate 5.

However, Mary Vincent was not dead. Naked and in searing pain, she fought off the urge to fall asleep and give in to death. Instead, she covered what was left of her arms in mud, packing it all down to effectively stop the bleeding. Then, she climbed back up the 30-foot cliff and began walking down the rural road, holding her arms upright so she would not bleed out.

The first car that drove past her carried two men who quickly sped off once her condition came into view. However, the next vehicle with a couple pulled over and drove Vincent to the hospital. She was finally safe from the monster who tried to destroy her, but the nightmare of what happened to Mary Vincent was just beginning. 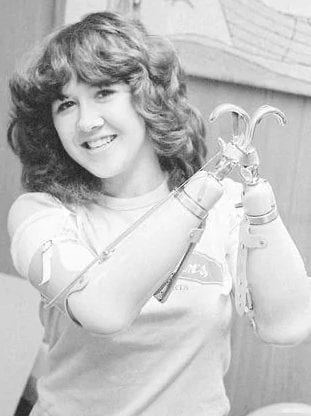 Teenager Mary Vincent poses with her prosthetic arms in an undated photo. (Source)

Wearing prosthetic arms, teenager Mary Vincent sat in a courtroom with her assailant, six months after the attack. She went on the stand and told the jury everything Singleton had done to her during those hours she was held captive.

Lawrence Singleton was found guilty of attempted murder, rape, and a litany of other sexual crimes. However, due to very lenient sentencing laws for sexual crimes, Singleton was sentenced to just 14 years in prison, the maximum sentence allowed. Just over eight years later, Singleton was released and back on the streets for “good behavior.”

Rightfully so, outrage at the short sentence for such violent and depraved crimes, especially against a minor, exploded nationally. As a direct result of his sentencing, the “Singleton bill” was drafted, which stops the early release of perpetrators who commit a crime involving torture. Vincent was a strong supporter of this California bill, and the minimum sentence of a crime involving torture is now 25 years.

While living in Sulphur Springs, FL, Singleton murdered a 31-year-old mother of three named Roxanne Hayes in 1997. Singleton was arrested at the scene, covered in blood, after a neighbor called to report an assault. Mary Vincent chose to testify in court against him, sharing what happened to her with the jury and once again facing her attacker nearly 20 years later. 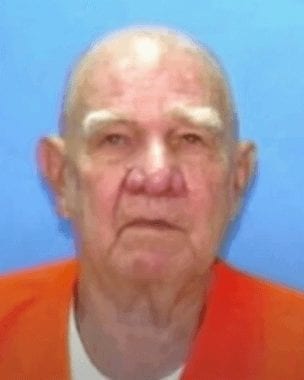 Singleton was convicted and sentenced to death for first-degree murder. He died of cancer while in prison in 2001.

In 1998, Vincent went to Washington, D.C. to testify in favor of a congressional bill called the No Second Chances for Murderers, Rapists, or Child Molesters Act. While appearing in front of members of Congress, Vincent shared details of her attack and how Singleton’s lenient sentence allowed him to kill Roxanne Hayes nearly 20 years later after her own survival. She concluded with this:

“I have now obtained the long overdue psychological counseling to help me get over my nightmares and fear. Yet, sometimes I still feel like that confused 15-year-old runaway trapped in the body of a 35-year-old mother of two. No one should ever have to go through what I went through or what the children of Roxanne Hayes will go through without their mother.”

Unfortunately, this bill died in committee because Congress has always been Congress.

Today, Vincent is an accomplished artist with two adult sons. In an interview with the Seattle Post-Intelligencer, she says she’s a huge fan of Lord of the Rings, and considers herself to be a “hobbit at home.” Vincent is open and honest about her trauma, saying that she struggled for years after the attack. But her art and raising a family helped her to heal and grow. Back in 2009, she spoke at a crime victim’s event in Ventura County, CA and shared her artwork. 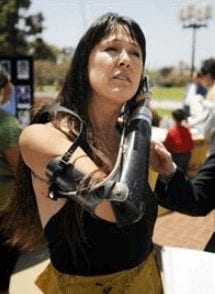 Mary Vincent displays her artwork in Ventura, CA in 2009. (Source)

Mary Vincent’s art often portrays powerful women as female action figures. Some may be scantily-clad, others fully clothed, but all are self-assured and ready to fight. Vincent learned how to improve her arm prosthetics using spare parts, and now has a wider range of motion to better craft her illustrations, which she now sells.

Though she’s thriving now, it took many years of healing, both emotional and physical, to feel safe again after surviving what happened to her as a 15-year-old. When Singleton was released early from prison for good behavior, Vincent said the nightmares came back. On one occasion, she had even broken her own ribs from jolting awake during these night terrors

Mary Vincent says that while Lawrence Singleton’s death did not grant her the peace she hoped for, she said that the relief she saw wash over her sons’ faces when they learned that Singleton was gone for good may just be enough for her, too.