The Lack of U.S. Latino Representation in TV Shows & Films 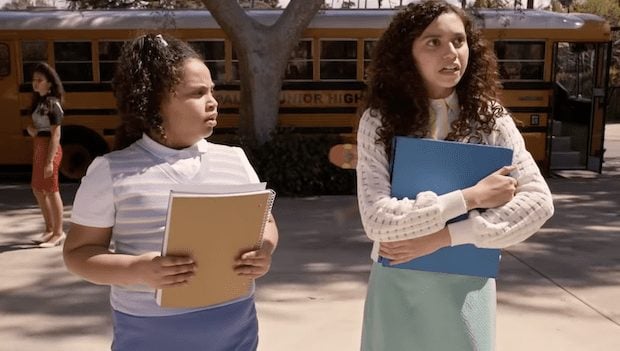 “Gordita Chronicles,” a coming-of-age comedy about a young Latina growing up in Miami, was canceled just one month after its first season premiered on HBO Max in June 2022. (Source)

Latinos are the largest minority group in the U.S., but only 3% of TV shows and 5% of films in 2022 had a Latino lead

In 2022, U.S. Latinos account for 19% of the total American population, and their cohort is even larger among younger generations. More than 1 in 5 millennials are Latino, and 25% of Gen Z is Latino. However, Latino representation in media, specifically TV shows and films, consistently fails to acknowledge and reflect the growing Hispanic population.

In its annual report, the Latino Donor Collective (LDC) examined Latino representation in television shows and films in 2022, and the numbers are appalling. Of the 883 TV shows that aired new episodes in 2022 on cable or streaming platforms, just 27 shows (3.1%) had a Latino lead actor. Among their findings, the LDC concluded that:

Latinos are the largest minority group in the United States with an estimated GDP of $2.8 trillion. If U.S. Latinos were our own country, we would be the fifth largest economy in the world. So why is representation of Latinos in America on television so atrocious?

Latino representation in films did not fare much better in 2022. Of all movies that were released in theaters or streaming only, just 5% had a Latino lead. Furthermore, only 2.6% of all films in 2022 had a Latino director. Regarding box office films released this year, the LDC found that:

Despite the abysmal lack of representation in movies, U.S. Latinos purchased 29% of all box office tickets sold for English-language films in 2019. Latinos disproportionately go to the movies more than other racial and ethnic groups in the U.S., and yet the film industry consistently fails to produce stories that reflect their experiences.

Lack of Latino Representation in TV

While the TV industry as a whole has made recent improvements in generating content that acknowledges the experiences and perspectives of other racial minorities in the U.S., it has failed to rise to the occasion with Latino representation.

Graph from the Latino Donor Collective that examines on-screen representation of different racial and ethnic groups in the United States. Latinos are under-represented across all metrics on streaming, cable, and English-language broadcast platforms. (Source)

Of all streaming shows that aired in 2022, the LDC found that:

Of the following cable channels, there are zero Latino leads and zero Latino showrunners (not an exhaustive list):

When comparing 2018 to 2022, Latino representation in TV shows actually worsened across some metrics. For example, 3.5% of all episodes that aired that year had a Latino director in 2018. In 2022, that number fell to just 1.3%.

Of the few Latino-led TV shows that actually get created, they are often quickly canceled before they have the opportunity to build an audience or fanbase. Shows like “Gentefied” on Netflix, “Gordita Chronicles” on HBO Max, and “Promised Land” on ABC were canceled in 2022. Each of these shows had less than 20 episodes. “Gordita Chronicles” was canceled just one month after it premiered.

“Gentefied,” a Netflix dramedy about a Mexican-American family created by Marvin Lemus and Linda Yvette Chávez, was canceled in January 2022 after two seasons. (Source)

These Latino-based shows pushed back on all-too-common negative stereotypes of Hispanic heritage and portrayed multi-dimensional characters and families. Unlike so many other shows that rely on stereotypes in their characterization, these Latino characters were not portrayed as drug traffickers, house maids, or sex icons. These shows shared rich and engaging stories about the Latino experience in America, and now they’re gone.

Positive portrayals of Latinos in the media affects how the world understands the community, and even how Latinos see themselves. We crave to watch stories we can relate to and characters we can identify with. But despite our massive numbers and ever-increasing population growth, U.S. Latinos are routinely ignored and underrepresented in the media. And it is to the film and television industry’s own peril to ignore the value that Latino stories and perspectives bring to a mainstream audience.

More stories: Police Killings of Latinos in Los Angeles Since 2016