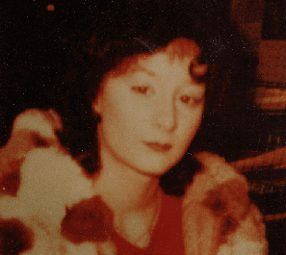 Cindy Paulson survived an attack by Robert Hansen in Anchorage, AK on June 13, 1983

From 1971 to 1983, serial killer Robert Hansen murdered at least 17 women in Anchorage, AK. Known as the “Butcher Baker”, Hansen kidnapped and assaulted women before flying them to remote areas in the Alaskan wilderness in his private plane. There, he hunted them down with a rifle. Hansen’s unabated murder spree surely would have continued, had it not been for Cindy Paulson’s escape.

Robert Hansen Picks Up Cindy Paulson in His Car Cindy Paulson was a 17-year-old dancer and sex worker living in Anchorage with her mother. When Hansen drove up to Paulson and propositioned her, she agreed to get into his car. Once inside, Hansen pulled a gun on her and placed her in handcuffs.

“And he had cuffed one of my hands, and I was trying to get loose and he pulled out a gun,” Paulson said in a police interview about three months after the attack. “Then he had got my other hand cuffed, I don’t know how he did it, it was just frightening, ‘cause I didn’t really … I fought, but not a lot, ‘cause I knew he would do something.”

Robert Hansen then drove Paulson to his home to sexually assault and torture the teenager. In addition to the handcuffs, Hansen tied a rope around her neck and tied it to the coffee table in his home. Paulson recalled in great detail the serial killer’s home, including bars on the windows and a bullet hole in the floor.

“And then about five hours later he woke up and came over there and I told him all I want to do is go home, ‘cause I live with my mom, and I won’t tell nobody,” Paulson said to Sgt. Glenn Flothe, the Alaska State Trooper leading the investigation into Robert Hansen. “He said that he had a plane over at Merrill Airfield and that we would go there, then he would take me to his cabin and bring me back. And I knew that I wasn’t going to come back.”

Some time after the assault, Hansen began showing her his large collection of hunting trophies. He originally told the teen that his name was Don, but Cindy Paulson could read his real name listed on these awards. She said it was at this moment that she realized he was going to kill her because she now knew his true identity. So, she resolved to try and escape, if the chance ever arose.

Paulson Escapes Hansen At The Airfield

Eventually, Hansen drove the two of them to a local airfield, Merrill Field airport, where his plane was waiting. Hansen parked, got out of the car, and told the still-handcuffed Paulson to not move, or else he’d kill her.

After he left the car to load his plane, Cindy Paulson threw her body into the driver’s seat and opened the door. No shoes on and hands cuffed, she sprinted for the nearest street. Hansen turned around, and saw her escape. He then gave chase, yelling all the while, but Paulson ran onto Fifth Avenue at about 5 AM. To her relief, a passing driver in a pick up truck took one look at her and pulled over.

After a five-hour ordeal, Paulson was freed from Hansen’s grasp. She asked the driver to take her to a nearby motel where her boyfriend was staying.

At the airfield, Robert Hansen made his way back to his car and quickly sped off. However, an observant security guard took notice of Hansen’s strange behavior and wrote down his license plate and car model.

Back at the motel, Cindy Paulson, still in handcuffs, got a hold of her boyfriend over the phone at the front desk. It was at that point that an employee made a call to the Anchorage Police Department. 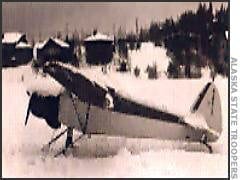 When police arrived, Paulson provided a highly detailed account of her ordeal, including information about Hansen’s car, the interior of his home, the street his home located at, and even small details about the gun he used against her.

Less than an hour after Cindy Paulson escaped Hansen, she was in a police car, headed for the hospital, as is standard protocol for a victim of sexual assault. While en route to the hospital, they drove past the same airfield Paulson had just run away from. She remembered which area of the airport that she had been taken to, and what Hansen’s plane looked like. Paulson then led police to precisely where the serial killer’s blue and white plane was still parked.

Noticing the scene taking place, that same security guard who had written down Hansen’s license plate flagged down these officers and shared his information. Using these details from Hansen’s car and the plane’s registration, Anchorage police contacted the Federal Aviation Administration (FAA) for final confirmation.

As officers pulled into the hospital, they received a call that the registration for both the car and plane matched that of Robert C. Hansen. 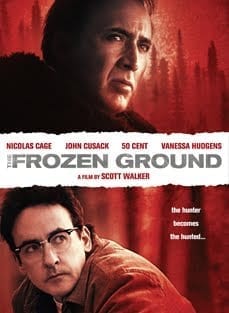 Though it would be another four months or so until Hansen was finally arrested for his horrific crimes against women, Cindy Paulson’s escape and resulting testimony gave police the break they needed to identify a suspect for the rash of unsolved murders in the Anchorage area from the past decade.

Paulson’s escape and her assistance in catching Alaska serial killer Robert Hansen was the subject of “The Frozen Ground,” a movie released in 2013. Paulson spoke with the actress who portrayed her, Vanessa Hudgens, and provided personalized guidance in how to play her in the film. When speaking about working with Paulson, at the time in her mid 40’s, Hudgens said, “She gave me an extremely solid foundation and told me her earliest memories that she had until where she is to this day.”