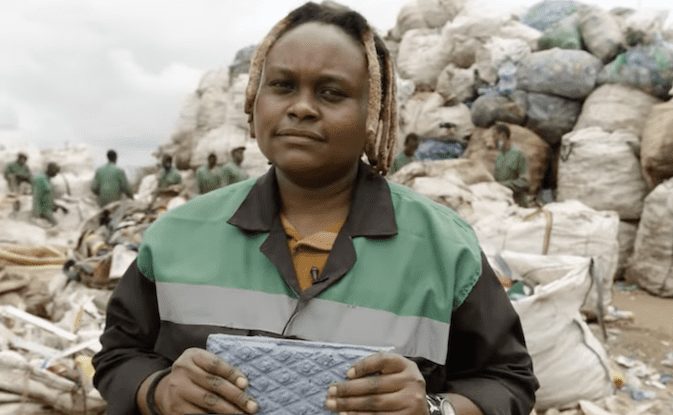 Nzambi Matee holds a finished plastic brick manufactured by Gjenge Makers, a company she founded with a small group of Kenyan engineers. (Source)

In an effort to reduce plastic waste, Nzambi Matee designs and manufactures bricks made from recycled plastic

To combat plastic pollution in Kenya, Nzambi Matee worked to research, create, and mass-produce durable and long-lasting plastic bricks that are used in a wide array construction projects, including roads and buildings. Made from recycled plastic, these bricks effectively reduce plastic waste and provide affordable housing options to residents in Nairobi and throughout the country. Here’s how Matee and her company, Gjenge Makers, are transforming the fight against plastic pollution while contributing to the needs of the community at large.

Before founding Gjenge Makers and manufacturing her plastic bricks on an industrial scale, Nzambi Matee worked as both an engineer in Kenya’s oil industry as well as a data analyst. Throughout her career, she paid special attention to the tremendous amount of plastic waste that plagued Nairobi and the rest of the country. 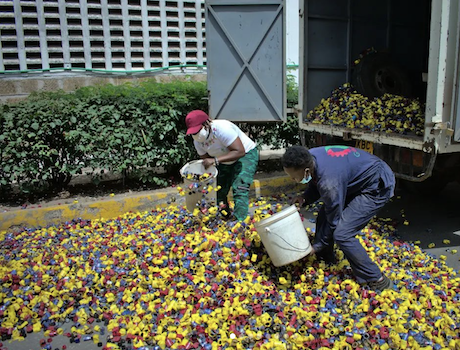 Two employees from Gjenge Makers collect recycled plastic that will form into bricks for use in future construction projects. (Source)

Like many countries, Kenya has a significant plastic pollution problem. But unlike others, Kenya is taking meaningful steps to reduce plastic waste, such as banning single-use plastic bags in 2017, and banning all forms of plastic from their national parks in 2020. Still, plenty of work remains in combating plastic pollution, and Matee found inspiration to do her part. With her extensive experience in material science, she set to work. 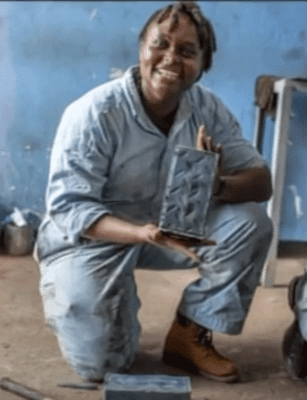 In 2017, Nzambi Matee quit her job and began experimenting with a wide range of different materials to combine with recycled plastic. She first built a small lab in her mother’s backyard to start her research, but soon received a scholarship from the University of Colorado Boulder to use their facilities and find a solution.

After a full year of working toward this dream, Matee emptied all of her savings into the project. But she successfully created her first plastic brick in 2018.

Science Behind The Plastic Bricks

Nzambi Matee’s plastic bricks, or pavers, are composed of a measured mix of recycled plastic and sand. Through a process that involves extremely high temperatures and compression, the mixture is exposed to intensive heat and pressure to form compact, lightweight bricks that can be used in a variety of ways.

Matee’s bricks have a melting point over 350 degrees Celsius, which is higher than that of both concrete and traditional brick. Because plastic is more fibrous in nature, these pavers are also 35% more durable than traditional bricks. 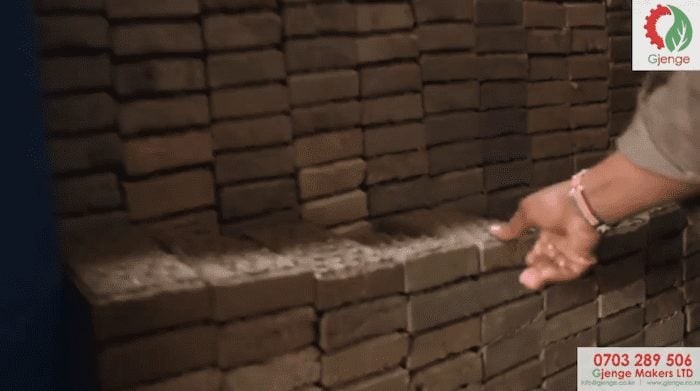 An Instagram video from Gjenge Makers features a stack of finished plastic pavers placed in a row. (Source)

In 2019, Nzambi Matee built a machine to produce her prototype brick on a mass scale. Along with a small team of engineers, she founded Gjenge Makers, and began manufacturing plastic-based bricks on an industrial scale.

Based in Nairobi, Gjenge Makers is a sustainable product manufacturing company that produces bricks made from plastic for all sorts of uses and environments. These pavers are used for both private and commercial businesses, as well as public roads and pathways.

Gjenge Makers will not only provide the bricks, but also install them. The company’s social media accounts are filled with gorgeous brick designs and patterns, showing off how much their pavers can transform a public space. In addition, Gjenge Makers sources most of its recycled plastic from packaging factories and other recyclers throughout Kenya. 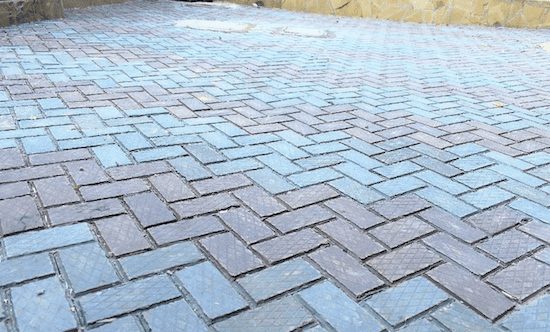 A beautiful display of plastic bricks placed by Gjenge Makers in Kenya from the company’s official Instagram account. (Source)

“Essentially, companies have to pay to dispose the waste, so we solved their problem,” Nzambi Matee explained in a 2020 interview. “The waste essentially comes free.”

According to its website, the company has recycled 100 tons of plastic since opening its doors. Matee estimates that her company produces 1,000 to 1,500 plastic bricks each day. Prices for these bricks start at 850 Kenyan shillings, or $7.70 per square meter.

As the founder of a now-thriving manufacturing business, Matee spoke very candidly about the early obstacles she faced with her startup business. And how a little voice in her head sometimes got in the way of her successes. 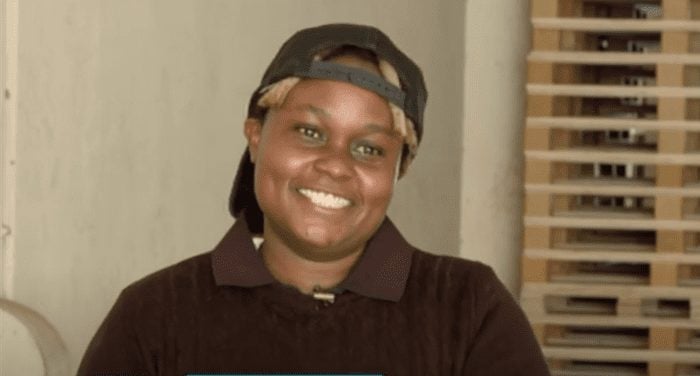 Matee speaks about her manufacturing company, Gjenge Makers, in a 2021 interview. (Source)

But Matee says that taking the time to hear what each member of her team of engineers has to say has paid dividends in helping Gjenge Makers continue to grow and expand.

In recognition of her work at Gjenge Makers, Nzambi Matee was named a Young Champion of the Earth as part of the United Nations Environment Programme (UNEP) in 2020.

With regard to young women like herself who are looking to make a difference in their fields, Matee offers this piece of advice:

More stories: How Enslaved Africans Braided Rice Into Their Hair & Changed the World