The Anti-Filipino Watsonville Riots of 1930 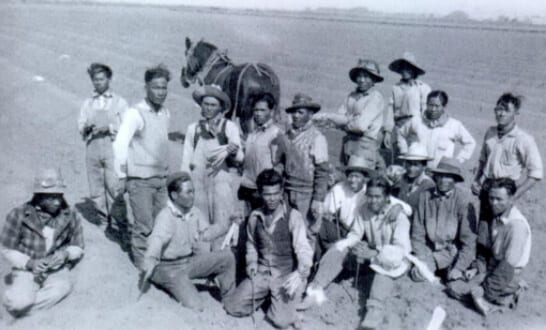 Filipino immigrants employed by a California farm in the 1920s. (Source)

During the Watsonville Riots of 1930, hundreds of white men attacked Filipino farmworkers in a series of nightly assaults that ended when a young Filipino man was killed. Nativist and xenophobic attitudes against Asians, and Filipinos in particular, hit a fever pitch in California as working class whites felt threatened by an influx of immigration. The Watsonville Riots were a violent escalation of racist, anti-Filipino sentiments that many white Californians had been fostering since the turn of the 20th century.

With its temperate climate and plenty of open land, California’s agricultural industry exploded in the early 1900s. The state alone provided 50% of all fruit and vegetables grown in the U.S. at this time, and thousands of acres of newly built farmland spread across Central California. As a result, farm owners required a similar boom in cheap labor to keep up with the insatiable demands of a rapidly growing country. So, they turned to immigrants from Asian countries, such as the Philippines.

Farm owners began hiring thousands of low-wage immigrants from Asian nations to work their fields. And with the inflow of new immigrants, came a wave of anti-AAPI (Asian American Pacific Islander) legislation to assuage nativist fears and combat expanding immigration.

However, due to after effects of the Spanish American War, these xenophobic immigration laws excluded Filipinos. Because the Philippines became a U.S. territory after the war, Filipinos were actually U.S. nationals. With this status, they had the right to work in America, an opportunity afforded to no other Asian immigrants at the time. Filipinos became a crucial labor force in California’s rapidly expanding agricultural industry, as farm work was one of the few employment options available to them. By 1930, the same year as the Watsonville Riots, approximately 65% of all Filipinos in America were living in California.

Simultaneously, xenophobic attitudes regained popularity throughout the country as the KKK enjoyed a national renaissance with a massive upsurge in membership. As a result racially-charged vigilantism and mob violence among white men became normalized once again throughout the 1920s and 1930s.

Just like white farm workers, Filipino immigrants working in Watsonville spent their free time in taxi dance halls. For just 10 cents a dance, any man could dance to a song with a dancer working there. Like discos and clubs that followed, taxi dance halls were spaces for young people to enjoy themselves and dance with others their same age.

It should be noted that the overwhelming majority of Filipino immigrants coming to work on California farms were young men. In fact, only 1 of every 14 Filipino farmworkers in California at this time were women. Therefore, many Filipino men met and dated white women in town.

Interracial relationships of any kind were deeply taboo and outright prohibited in most public spaces. California even passed its own anti-miscegenation law that outlawed marriages between whites and people of color. As is the case throughout U.S. history, racist harassment of interracial couples was rampant, and Filipino immigrants who became acquainted with white women were no exception.

Anti-Filipino Rhetoric Ahead of Watsonville Riots

On January 10, 1930, Judge D.W. Rohrbach, Justice of the Peace in Watsonville, produced a ruling that denounced Filipinos as a dangerous threat to society: 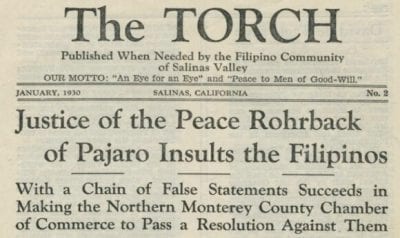 California-based The Torch responds to inflammatory ruling from Watsonville’s justice of the peace that vilified Filipino immigration. (Source)

“Marriages among white and Filipinos soon will be common, and if the present state of affairs continues there will be 40,000 halfbreeds in the State of California before 10 years have passed. We do not advocate violence but we do feel that the United States should give the Filipinos their liberty and then send those unwelcome inhabitants from our shores that the whites who have inherited this country for themselves and their offspring, might live.”

The Torch, a Filipino pamphlet based in California, printed their response to Rohrbach’s xenophobic ruling:

“I raise the red lantern to warn the Filipinos that whenever they have to appear in court where Judge D.W. Rohrbach is presiding, they should ask another man to hold the balance of the Justice. The Constitution gives us that privilege. A man who is suffering from Filipinophobia like Judge Rohrbach and who openly stated it, will never be just to a Filipino.”

One day after Rohrbach’s proclamation, a Filipino dance hall opened in Palm Beach, next to Watsonville. It employed white dancers and served mostly Filipino patrons.

In the early hours of January 19, 1930 a mob of about 500 armed white men surrounded the dance hall. They demanded the return of the white dancers working there. The Filipino owner refused to comply with the crowd’s demands, and warned that he would shoot. The owner eventually fired warning shots, and Watsonville police intervened, clearing the scene with gas bombs.

The following night, hundreds of white men attacked the dance hall and looted the building. Then, rioters turned their attention to the Filipino neighborhood in Watsonville. Roaming mobs of men dragged Filipino immigrants out of their homes and beat them viciously in the street. This continued for several nights, as hordes of hundreds of white men and boys attacked any Filipino they encountered. 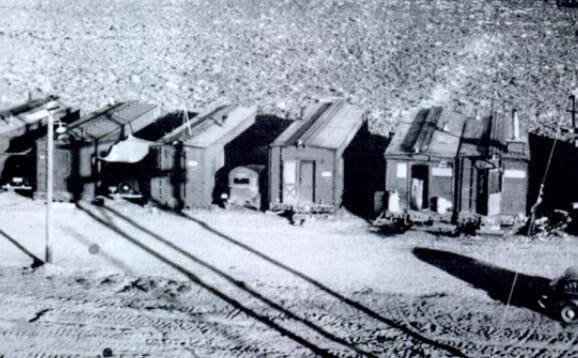 On January 23, a crowd of more than 500 men completely destroyed the Filipino neighborhood further escalated their racist attacks on people of Asian descent. A 22-year-old Filipino farmworker named Fermin Tobera was shot to death by a rioter as he hid in a closet with nearly a dozen other people.

That night, the local American Legion branch calmed tensions with the remaining mob members and the riots ended. In total, 8 rioters in the Watsonville Riots were arrested, and 4 were charged with a crime. Only one rioter received a month-long jail sentence, and the rest were released on probation. No one was ever charged in Tobera’s killing.

After the riots ended, racial violence against Filipinos spread to other Central California towns. On January 29, a white mob bombed the Filipino Federation of America building in Stockton. One person was injured in that attack.

In the aftermath of the Watsonville Riots, many Filipino immigrants left town and settled in surrounding farming communities, like Salinas. Others left the country entirely and migrated to the Philippines. 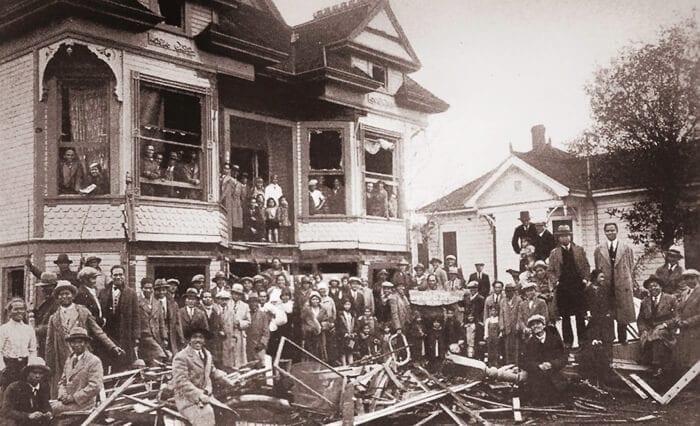 Members of the Filipino Federation of America pose in front of their building after it was bombed by white rioters in Stockton. (Source)

Apologies for Watsonville Riots in the 21st Century

In September 2011, the California state Assembly passed a resolution that apologized for past anti-AAPI legislation as well as its historical treatment of Filipinos living in the state:

“Filipino Americans have a long and documented history of suffering discrimination, prejudice, and animosity in the State of California,” the resolution reads. “The Legislature, on behalf of the people of the state, apologizes to Filipino Americans for violations of civil liberties and constitutional rights caused by anti-miscegenation laws that prohibited marriage between Filipinos and Caucasians.”

On November 10, 2020, Watsonville City Council passed its own resolution to apologize for “the actions by the city’s residents against the Filipinos in Watsonville, particularly in the 1920s and 1930s.”