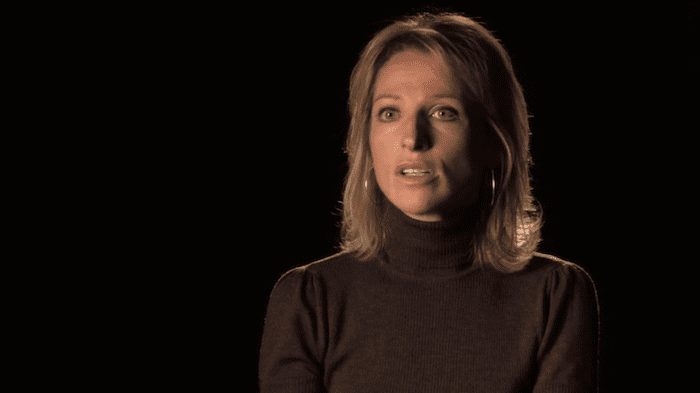 Jennifer Morey appears in a 2008 episode of “I Survived…” to speak about the 1995 attack she survived. (Source)

Against all odds, Jennifer Morey survived an attempted murder by a man she should have been able to trust

In April 1995, a young attorney named Jennifer Morey fought for her life during a bloody attack from a man who was hired to help keep women like her safe. With her quick-thinking and resolve to fight and stay alive, Morey overcame incredible odds and survived. This is how Jennifer Morey fought off an attempted killing by a man named Bryan Wayne Gibson and worked to build a rich and fulfilling life for herself.

Jennifer Morey Attacked In Her Apartment

In the early morning hours of April 15, 1995, Jennifer Morey returned to her Houston apartment after spending the night out with friends. The 25-year-old lawyer lived alone in an apartment complex that boasted a wide range of security features, including an 8-foot-tall fence around the perimeter and an on-duty security guard on the property at all times.

Morey finished getting for bed and quickly fell asleep. However, she soon woke up to a horrifying reality.

“I believe I was in a very, very sound sleep, and when I felt suddenly, as I’m coming awake, someone on top of me,” Morey said in an interview with I Survived… “Someone with their body weight pressing down and holding my body down and grabbing at my underwear and trying to yank them off. And I was very befuddled. I didn’t know what was happening.”

Struggling in the dark against this attacker, Jennifer Morey had a terrifying realization.

“And I reach my hands up and I feel this knife that’s being held against my throat,” she said. “And it was the clearest thought that went through my brain and woke me up: “Oh, I’m being raped.””

With adrenaline pumping, Morey began to scream and fight and kick at her unknown assailant. She says that her fighting back enraged the man on top of her, and he stabbed her on the right side of her face. At that moment, she believed he cut her eye out.

“I took a very hard blow to my right eye. There was just this explosion of blood, like a hot waterfall just pouring out.”

After Morey was stabbed, she says that she found her resolve to fight for her life.

“I just felt like I have to get him off of me,” she said. “I have to stop this. I cannot be raped and I cannot be killed.”

She continued to fight back and scream. But the man went for her throat next.

“I didn’t think of what the next step could be, not until my throat was slit,” Morey said. “When my throat was cut, then I knew – that was the first time that I thought that I’m gonna die … I didn’t want to die. I just wanted to get out of there. And I would have done anything to live at that moment.”

Morey Continues Fighting For Her Life

As Morey bled profusely from her neck and face, her attacker dragged her across the room and into the bathroom. He left her there and went back for his knife. Somehow, she remained conscious and was thinking fast. 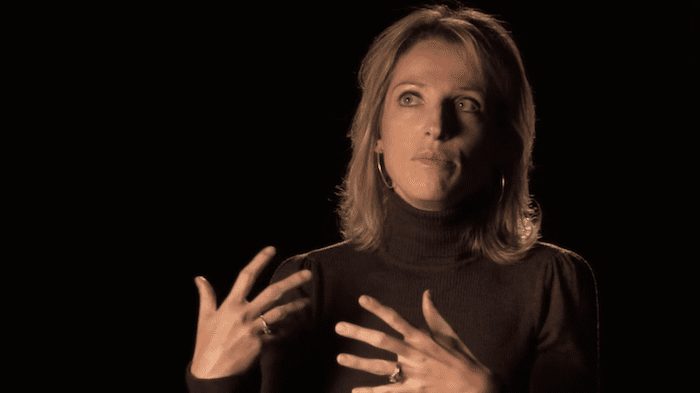 Morey explains how she protected herself against her assailant before and after being stabbed. (Source)

“And I just push and hold, as hard as I can,” she said. “At that moment, or moments, suddenly it’s quiet.”

Morey could hear the man in her apartment, walking around and moving items. She grabbed a roll of toilet paper and held it against her neck as she waited to see what he would do next.

“Then I hear the sound of his pants zipping up, just the zipper going up. And I keep waiting in there, and I’m bleeding so profusely.”

After some time, Morey couldn’t hear the assailant in her apartment anymore. And she knew she had to make a choice.

“I just knew I had to get out of there, because the option was I stay in there cowering, scared of what’s on the other side of the door,” she said on I Survived… “If I do that, I’m going to bleed to death.”

She decided to open the bathroom door. However, her hands were so slick with blood that she couldn’t grip the door handle. Then she realized the door was jammed shut because she had pressed so hard with her legs.

“And I had another one of those thoughts. And it was ‘I’ve survived the attack, but I’m going to bleed to death in here because I can’t open the bathroom door.’”

But with enough persistence, Morey wrenched the door open and crawled out. She tried to turn on the lights, but they didn’t work. The man had cut the power to her apartment. She then went to her landline phone, but he cut that too.

More stories: How Abby Hernandez Convinced Her Kidnapper To Let Her Go

Fortunately, Morey had a cell phone in her apartment, a pretty uncommon item to have in 1995. She found it and dialed 911. This is what transpired:

Morey: “Please help me. This guy just tried to cut my throat.”

M: “There’s blood everywhere, I’m covered in blood. He knew my name, I don’t know who it was. I know I locked the door, I don’t know how he got in the apartment.”

D: “I don’t know, we have some crazy people in this world. But I want you to stay on the line.”

At some point during this call, around 10 minutes, Morey tells her 911 dispatcher, Richard Everett, that someone is knocking at her door. She believes it’s the Houston Police Department, but Everett tells her that law enforcement is not there yet.

Morey tells her dispatcher that the man at her door is offering help.

“I related this to my dispatcher, and he says, ‘Jennifer, if you don’t know who this is on the other side, do not open the door,’” Morey said.

Following Everett’s instructions, she refuses to unlock the door, which kept her alive because her assailant was the man at the door.

A few minutes later, Morey heard many voices in the hallway, and Everett confirmed that Houston Police and Fire were there. As soon as she opened her apartment door, she collapsed. Morey was taken to the hospital and survived the attempt on her life.

Though Morey’s throat was slashed, Gibson missed her jugular vein by millimeters. The stab wound on the right side of her face grazed the corner of her eye, but ultimately missed it. 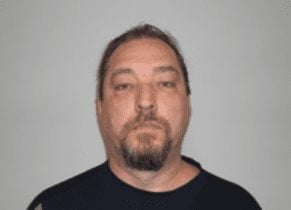 In her apartment, Morey’s blood was splattered on the walls and ceiling. She said that while she recovered in the hospital, she was visited by many of the emergency responders who came to her rescue.

“The police and the detectives, they all came into the hospital, to the emergency room, and post surgery,” she said. “And were like, ‘Girl, you put up one hell of a fight.’”

After Morey was taken to the hospital, Houston police entered her apartment and found Gibson’s underwear, a belt, a glove, a Pinkerton security guard hat, and the knife.

While questioned by police, Gibson told them he was attacked as well, but they quickly connected his possessions to Morey’s attack, and he was charged. While employed by Pinkerton Security for the previous three years, Gibson was constantly reassigned to different jobs after receiving complaints from clients. Instead of firing him, Pinkerton eventually assigned him to work nights at the apartment complex where Jennifer Morey lived.

Between 1991 and 1995, 130 Pinkerton guards were convicted of felonies in Texas alone. The Pinkertons have a long and often bloody history in the U.S., dating back to 1850. The agency still exists today, and recently made headlines in 2020 after a Pinkerton security guard shot and killed a man during a “Patriot Rally” in Denver.

Bryan Wayne Gibson was convicted of attempted murder and sentenced to 20 years in prison. But Jennifer Morey’s recovery from the attack was far from over.

She returned to her apartment only to retrieve her belongings and move out. Though she was a lawyer, Morey hopped around from job to job, taking positions at temporary agencies that she was overqualified for. As is the case with many survivors of violent crimes, the trauma continued to resurface. But with enough time, she began to rebuild her life.

Morey filed a lawsuit against Pinkerton Security, and in 1998, she was awarded an undisclosed amount of money from the agency. The same year, she opened her own family practice in Fort Worth and met the man who would become her husband. 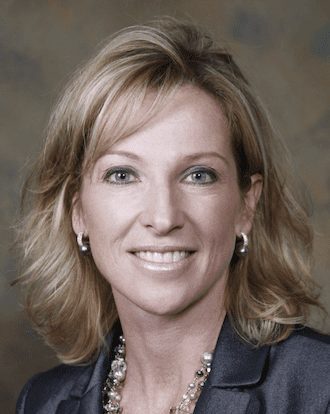 Long after the attack and that harrowing 911 call, Jennifer Morey and Richard Everett are still good friends.

“Having instinct, intuition and a big heart, [Richard] saved my life,” Morey said. “And for that, he will always be one of the most important people that’s ever impacted my life. And I was lucky enough that when I got married, he came to my wedding.”

Today, Jennifer M. Caldwell is an accomplished family law attorney in Fort Worth.