Daniel Rivera: Killed By LAPD In Arleta On Body Cam Footage in 2020 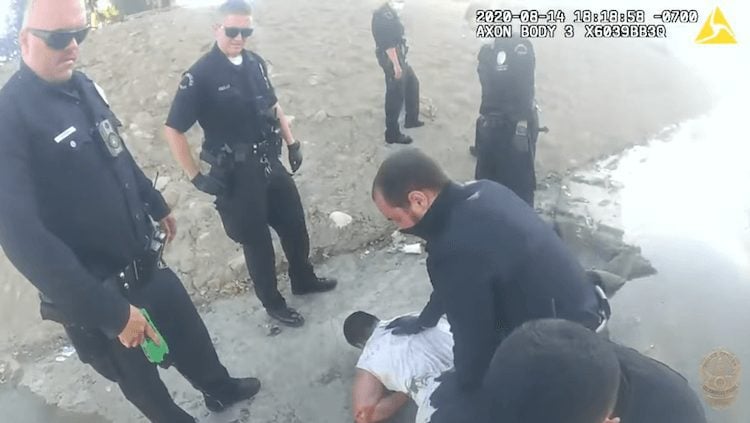 Body cam footage from the Los Angeles Police Department shows multiple officers kneeling on top of Daniel Rivera after the officer on the left tased him on August 14, 2020. (Source)

Police tased Rivera multiple times as he lay motionless, cuffed and hobbled, in a public wash 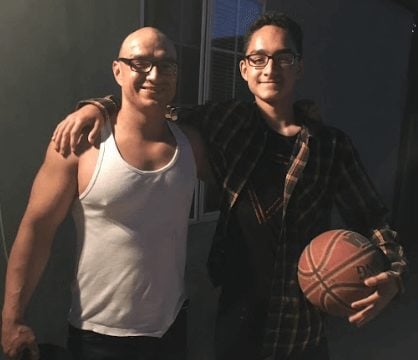 On August 14, 2020, the Los Angeles Police Department received a 911 call that a Latino man was trying to enter homes in the Arleta neighborhood of San Fernando Valley. When police arrived to see Daniel Rivera walking down the street, he turned and ran into a public wash behind homes.

According to body cam footage, an unarmed Rivera lays down on his stomach and waits for officers to arrest him. Multiple LAPD officers then jump on top of him, cuff his hands behind his back and hobble his legs. They continue to keep their bodies on top of Rivera to apply pressure as he lays face down in the cement.

Inexplicably, another LAPD officer then begins tasing Rivera in the video. Rivera is clearly not moving or resisting arrest, but police tase him multiple times. A lawsuit filed on behalf of his family contends that the LAPD tased him four times.

Afterward, the handful of officers in the wash stand around for some time as Rivera lays motionless on the ground. They spend some time talking about calling paramedics, and eventually decide to do so. 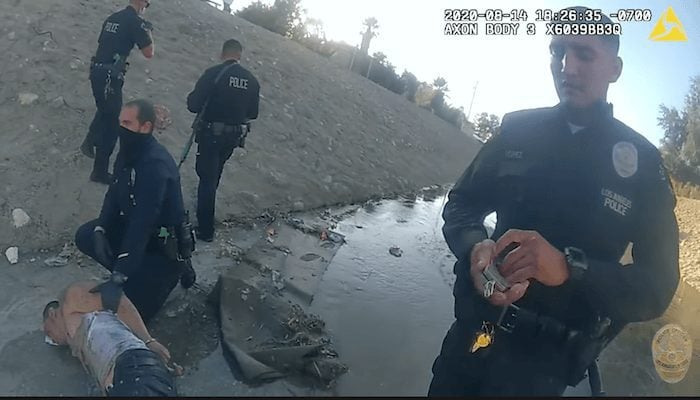 Though the officers involved with Rivera’s death have not been publicly identified, an internal in-custody death report from the LAPD names multiple officers present at the scene and involved with the death investigation. They are Captain Charles Hearn, Captain Michael Odle, Lt. Joseph Kalyn, and Lt. D Smith, Sgt. L Calderon and Det. J. Sally. 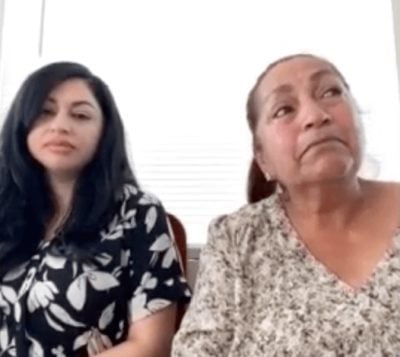 “There was absolutely no reason to taze Mr. Rivera, who surrendered and was obviously incapacitated,” said DeSimone. “After torturing Mr. Rivera, the officers hobbled his legs and pressed him face-down into the ground. This is classic positional asphyxiation which often, as here, causes death.”

The Los Angeles Police Department did not comment on the lawsuit. There still is no investigative report into Rivera’s death from the LAPD or the Los Angeles County District Attorney’s office, an action that is legally required when someone dies in police custody.

This story about Daniel Rivera is part of a larger project that looks at recent police killings of Latinos in Los Angeles.