The Cruelty of U.S. Migrant Detention Facilities in 2020

When the American public first learned of the Trump administration’s family separation policy at the border that removed children from their parents in federal custody, a national firestorm raged. Photos of kids in cages under ICE custody behind chain-link fences, on concrete floors in large warehouses enraged many on the left and right (though a majority of Republicans supported the policy). In response to the global outrage over the U.S. policy of separating migrant children from their parents at the border, the Trump administration promised to reunite children with their families and stop the federal policy.

Believing the administration would honor that promise, national attention in 2018 turned elsewhere to other domestic catastrophes brewing under Trump. But his administration did not stop the family separation policy at the border, and did not improve conditions in border detention facilities.

Instead, Immigration and Customs Enforcement (ICE), U.S. Customs and Border Protection (CPB, and Office of Refugee Resettlement (ORR) failed to reunite hundreds of children with their families, and have continued the family separation policy through 2020. Federal officials provide few, if any records of the migrants in their custody, and consistently fight efforts to shine light on what goes on behind closed doors at more than 130 migrant detention facilities. 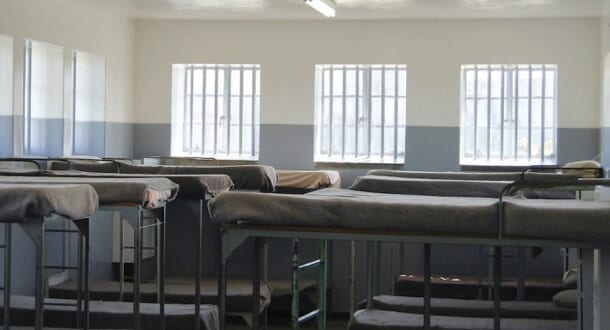 On March 29, 2020, a federal judge in California ordered federal officials to release detained children who are “not flight risks and who don’t pose a danger to themselves or others.” She gave the Trump administration an April deadline to justify the capture of thousands of children who have family members in the U.S. they can be released to during an uncontrolled pandemic.

Rather, the Trump administration offered migrant parents in custody a terrible option: choose to legally separate from their children, including babies and toddlers, or keep them in federal holding centers. In May 2020, ICE collected parents at the detention facilities without warning and gave them forms that would remove their legal rights to their children. These forms allowed the federal government to place their children with sponsors, while the parents remained imprisoned. The migrants’ lawyers were not informed of these proceedings, and some parents signed the forms without fully understanding what they entailed.

In June 2019, a team of legal professionals was given access to a Border Patrol station in El Paso, TX, to interview some of the 250 minors in its custody. The ages of the children in CBP custody ranged from 1-year-old to teenagers. After speaking with dozens of children at the detention facility, the team reported cases of extreme mistreatment, neglect and abuse. Children went weeks without a bath or clean clothes. Kids were taking care of kids, as Border Patrol agents would hand off toddlers and small children to some of the girls. Their meals consist of instant noodles, microwave burritos, and oatmeal.

The team reported that all the children they interviewed showed signs of trauma.

Other glimpses into migrant detention centers paint the same horrific picture. At a Clint facility that held more than 350 children, a law professor was allowed access to interview some children. He described what he saw: babies and children sleeping on concrete floors, guards punishing children by taking away blankets, and guards designating a “child boss” who was rewarded with extra food by keeping other children in line. 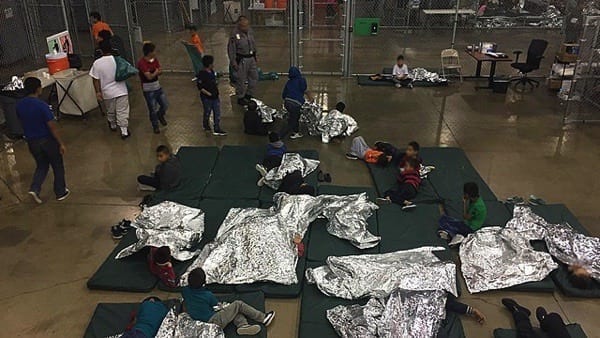 There was no access to hand-washing, no ability to clean baby bottles, and other unsanitary conditions. Dr. Lucio Sevier described the feeling of these detention centers to that of “torture facilities.” She also called the lack of hand-washing stations in the detention facility “tantamount to intentionally causing the spread of disease.”

In fact, Dr. Lucio Sevier was granted access to the secretive facility in the first place because migrant lawyers discovered that a flu outbreak at the camp sent five babies to the neonatal intensive care unit. No doubt due to lack of adequate nutrition, sanitation and lack of medical care, dozens of children became sick with the flu at the center.

In May 2019, a 16-year-old boy named Carlos Gregorio Hernández Vásquez died of the flu after spending a week at the McAllen facility. A subsequent investigation by ProPublica found that ICE guards lied in official forms about how often they checked on Vasquez’s welfare before he died in his cell on video.

In defending the conditions at the detention facilities, Trump lawyers argued that they are not required to provide basic necessities to the children, such as soap, clean clothes, and appropriate medical care.

Because U.S. federal agents are intentionally withholding information on migrant status from the public, it is very difficult to know the true number of children in ICE, ORR, CBP, HHS, and DHS custody, as well as information regarding migrant deaths. For example, ICE did not publicly acknowledge the death of Darlyn Cristabel Cordova-Valle until eight months after she died. That being said, these are children we do know of who died preventable deaths due to their treatment in detention facilities:

As of mid-August 2020, ICE has confirmed more than 4,500 cases of COVID-19 in its detention facilities since testing for the virus began in February. One of the hardest-hit detention centers, at least according to ICE’s numbers, is located in Farmville, VA. The director of the 366-person facility admitted only 19 detainees tested negative for the virus in July. Meaning, an astounding 95% of migrants have tested positive for the coronavirus in that one facility.

The situation in Farmville reflects what public health experts call a “tinderbox scenario,” that is, when large virus outbreaks occur in spaces where people cannot follow CDC guidelines like washing hands and socially distancing. 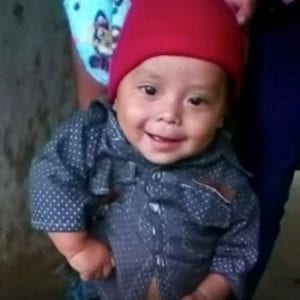 Additionally, some facilities, like Mesa Verde ICE Processing Center, were found to deliberately refuse testing to detainees for coronavirus. Migrants in Mesa Verde who showed obvious symptoms of the deadly virus continued to be housed in large “dormitories,” where 100 people are placed together in one room. In newly surfaced emails with officials of the facility, ICE Assistant Field Office Director Alexander Pham wrote that “due to constraints that the IHSC guidelines would put on our housing resources we will be limiting the scope of testing as much as possible.”

This dangerously flawed logic explicitly follows President Trump’s belief that less testing means fewer cases of COVID-19. Instead, it leaves people vulnerable to virus while serving the narrative that the coronavirus is under actually under control and not nearly as bad as it seems. Whether federal immigration officials choose to test or not, migrants in U.S. custody are being ravaged by the virus.

A four-month-long investigation by The New York Times and The Marshall Project found that ICE is a “domestic and global spreader of the coronavirus.” Even as the severity of the virus became clear during the first six months of 2020, ICE continued to send COVID-19 positive detainees on hundreds of flights throughout the U.S. and internationally. They failed to provide PPE for migrants and airline employees, and transferred detainees throughout detention centers, further spreading the virus to other migrant holding centers in the country.

A large investigative piece by The Texas Tribune and ProPublica on August 14, 2020 alleges that ICE guards and other employees at the border detention center in El Paso systematically sexually assault and abuse those in their custody. A Texas advocacy group initially filed the legal complaints, which says that guards assault detainees in security-camera blindspots, allowing them to attack migrants with impunity. The victims maintain that ICE guards told them that no one would believe them if they told anyone, despite the abuse being allegedly perpetuated by “officers as high-ranking as a lieutenant.”

Sexual assault and abuse in migrant detention centers have been well-documented for many years. Thousands of allegations of sexual abuse by detainees were reported in the last five years, and only fractions of those complaints were ever investigated by federal authorities.

Horrifically, a bulk of sexual assault allegations come from children in custody. From 2015 to 2018, federal authorities received more than 4,500 complaints of sexual abuse and harassment from minors held in migrant facilities across the country.

ICE, CBP, and ORR are required by law to provide outside resources to sexual assault victims. However, an investigation conducted by Texas Association Against Sexual Assault (TAASA) found that of the 23 victim crisis centers near migrant facilities, only three reported they had ever provided services to migrants. Furthermore, none of the eight child advocacy groups nearby had ever worked with authorities in investigating child abuse at the El Paso migrant detention center.

More stories: Living Statues of Trump Appear in DC as Form of Protest

We are witnessing state-sanctioned cruelty in migrant detention centers. This is government-owned-and-operated cruelty in which American taxpayers foot the bill. These people came to our country for safety from violence, poverty, and in some cases, certain death. Instead, many found the same fates they were trying to escape right here in the U.S.

What kind of nation treats children like this? What sort of laws or regulations could possibly allow this to happen without recourse? ICE, CBP, DHS, ORR, and the Trump administration own this violence, this abuse, this cruelty.

And, despite all odds, there are some incredible organizations doing the necessary work that our government fails to do, such as shining a light on what goes behind closed doors in migrants centers, providing free legal services to migrants, working to investigate claims of sexual abuse in detention centers, and more. Please take a look at these lists of advocacy groups, by state, who are doing the work that saves lives:

And for the love of country, let us Americans never come to the conclusion that “love thy neighbor” stops at the border.