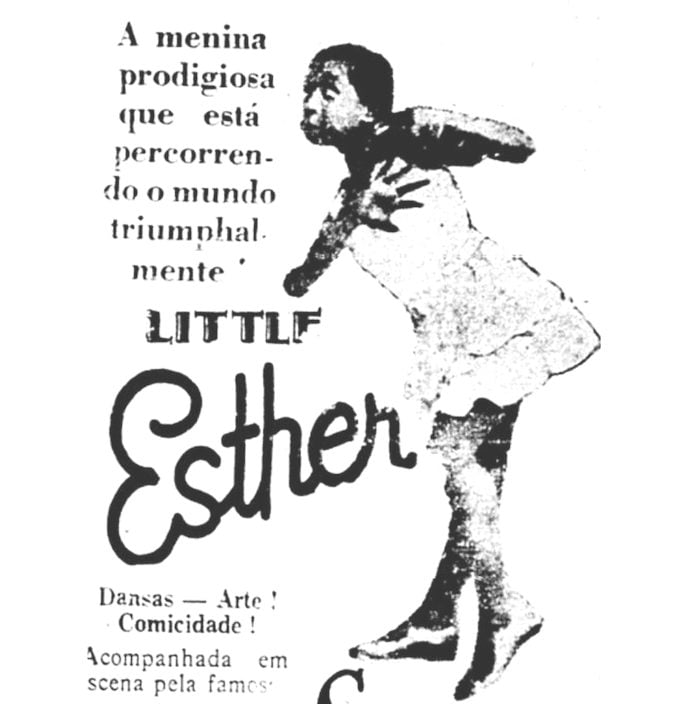 A 1931 poster highlighting Esther Jones and her upcoming performances at the El Dorado theater in Brazil. (Source)

“Baby Esther” Jones was an international star from Chicago known for captivating audiences with her signature “boop-oop-a-doop” singing style. But as a Black child in Jim Crow-era America, Jones’ legacy was quickly forced into obscurity, lost to a white singer who copied her performing style, claimed it as her own, and sued over the creation of a famous cartoon character that followed soon after. This is the story of Betty Boop’s original influence, and star in her own right, the incredible Esther Jones.

Esther Lee Jones was born in Chicago somewhere between 1918 and 1921 to Gertrude and William Jones. From an early age, Esther showed a natural talent for performing. Her parents encouraged and involved Esther in singing and dancing competitions as a small child. When she was around 5 years old, she competed in a Charleston dance competition in Chicago. Esther won first prize and attracted the attention of a white talent manager named Lou Bolton. 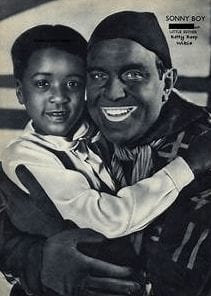 Esther Jones appears in a minstrel show with a white performer in blackface in 1929. (Source)

After the win, Bolton offered to represent Jones as her talent agent, and her parents agreed. Esther Jones began performing in mostly whites-only clubs throughout Chicago, New York, and other major cities in the Northeast. Jones became a big hit with white audiences, who were enraptured by her childlike charm and impressive singing ability. She danced and sang songs, occasionally performing in racist minstrel shows alongside white men in blackface to the delight of crowds.

In most venues that Jones attended, Black people were not allowed to enter the buildings unless they were there to entertain. In the years that Esther Jones was active in show business, Jim Crow laws infiltrated all parts of American society. The KKK experienced a resurgence in national membership and an outpouring of support from elected officials. Mob lynchings continued to terrorize people of color and the justice system sought to serve whites at the expense of Black lives.

This was the deeply racist society that a young Black performer like Esther Jones had to work with. And she was a massive hit with white audiences. Her effortless charm and consistent big smile entertained audiences who could treat her like a delightful novelty that presented no threat to the white supremacist society they benefitted from.

At an early point in her career, child star Esther Jones introduced a “boop-oop-a-doop” singing style into her performances. This baby-voice scatting style dazzled Jazz Age audiences and gained Jones critical acclaim virtually wherever she performed. Jones is believed to be the first singer to incorporate boop-oop-a-doop scatting, though that notion is fraught with a controversial history.

Jones was known by many stage names before she gained her famous “Baby Esther” moniker. She was called “Little Esther”, “Farina’s Kid Sister,” and “Miniature Florence Mills,” which referenced other Black performers of the era. With her parents and manager in tow, Esther Jones continued to travel and perform in major cities in the U.S., attracting a growing number of fans wherever she went. At the time, Baltimore newspaper The Afro-American reported that Jones was believed to be “the highest paid child artist in the world.” 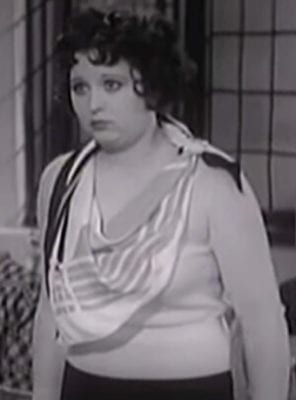 One New York venue that Esther Jones regularly performed in was the Cotton Club in Harlem. Like most clubs that Jones attended, the Cotton Club did not allow Black audience members. One night in 1928, a white singer named Helen Kane sat in the front row and watched Esther Jones sing and dance with her signature boop-oop-a-doop scatting.

Kane was a former vaudeville performer and currently active in New York City musicals when she first saw Esther Jones on stage. Kane then directly copied Jones’ boop-oop-a-doop singing into her own acts, and claimed the style as her own.

Later that same year, Kane released “I Wanna Be Loved by You,” which was her first song that incorporated Jones’ boop-oop-a-doop singing style. Kane reached immediate commercial success with this hit, and her national profile as a Jazz Age singer soared. She continued to take advantage of the style, and incorporated it into all of her future performances.

Kane never publicly acknowledged Esther Jones as the originator of the boop-oop-a-doop scatting, the reason for Kane’s breakthrough. Kane even went so far as to argue in court that she had created that scatting all by herself.

In 1929, Esther Jones traveled to Europe with her manager and parents, touring in France, Spain, Sweden, Germany, and other countries. Her first European performance took place at the Moulin Rouge in Paris, where she received universal acclaim. She was covered extensively in major magazines and newspapers throughout Europe, and even gave private shows to royal members of society including the kings and queens of both Spain and Sweden.

Away from the systemic racism that permeated every part of her life in her home country, Esther Jones was generally held in high regard and welcomed with open arms in Europe. But her tour wasn’t without its obstacles. In one such case, Jones and her parents visited a restaurant in Stockholm, Sweden that was run by an American immigrant. The restaurant owner refused to serve the Joneses because they were Black, and the family was forced to leave.

When this incident was reported in local newspapers, Swedish officials and private citizens alike condemned the racist act and offered public support for Esther Jones. In the public outcry that followed, the American restaurant was forced to close as Swedes condemned the owner’s unconscionable display of racism.

Helen Kane, who had reached national success as a direct result of using Jones’ boop-oop-a-doop scatting into her own performances, sued both Max Fleischer and Paramount Publix Corporation in 1932. She contended they had stolen her image and style with the Betty Boop cartoon (while failing to admit that she originally stole that singing style from “Baby Esther” Jones).

The lawsuit dragged on for two years until a 1928 film reel was brought into court. It showed Esther Jones performing her trademark boop-oop-a-doop on stage months before Kane’s hit single was released. Helen Kane lost the suit on May 5, 1934.

Despite being the reason that Kane’s case was dismissed, Esther Jones was never called to testify. The teenage star had returned to America after doing a tour in South America and was performing in the states at the time of the lawsuit. Though Paramount admitted that Betty Boop’s singing style was based on Baby Esther, the studio never offered her a cent for using her likeness and image in creating the widely successful cartoon. The studio argued in court it did not owe compensation to Jones because she had disappeared from the public spotlight and was presumed dead.

Esther Jones was very much alive and still active in show business at the time. Paramount simply refused to give money to a Black performer they owed in part for their rampant successes.

Two months after Kane’s lawsuit ended, Jones gave her final performance at a NAACP event in Philadelphia. She left the limelight before becoming a legal adult. And unfortunately, that is all the information we have about Baby Esther. True to the era, all we know about Esther Jones’ life is its relationship to entertaining white people.

The cultural contributions and achievements of people of color, especially Black women, are erased so efficiently in America. “Baby Esther” Jones was an international child star, and her memory was erased so quickly in American public consciousness because she was Black.

Black excellence is a direct contradiction to white supremacy. And like so many who came before and after her, Esther Jones’ legacy was whitewashed and stolen to retroactively protect white supremacist beliefs that are as old as the country itself.

Despite the outcome of the lawsuit proving otherwise, Helen Kane was still widely regarded as the core inspiration for Betty Boop and the boop-oop-a-doop singing style for more than 90 years. Let us do what we can to ensure that “Baby Esther” Jones is rightly credited for her incredible achievements and influence on American popular culture for the next 90.